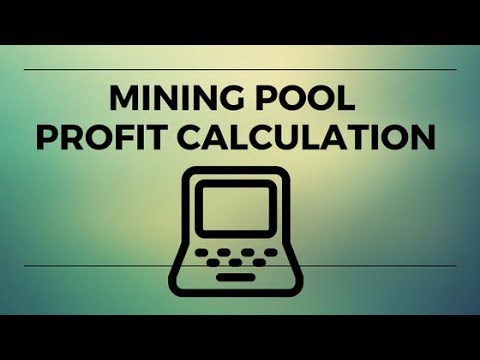 Primecoin is an innovative cryptocurrency, a form of digital currency secured by cryptography and issued through a decentralized mining market. Derived from Satoshi Nakamoto's Bitcoin, Primecoin introduces an unique form of proof-of-work based on searching for prime numbers.
[link]

Discussion about Primecoin and its infra. Primecoin is a very innovative cryptocurrency, being the 1st non Hash-Cash PoW crypto, naturally scarce (not artificially), with very fast confirmations (1min), elastic readjusting reward & a useful mining (byproducts are primes). Primecoin is sustainable (miners are guaranteed to have revenues), and decentralized (ASIC/FPGA are not particularly advantaged). Sidechain for decentralized data applications (e.g. Storj) currently in development.
[link]

Calculate how much it costs a mining rig to create bitcoin or other altcoins with our updated miner profit estimation tool - more info in Poolin mining pool blog (link) comments appreciated.

We added 18 mining pools so far with fees ranging from 0% - 4%, servers located all around the world and with various payout schemes. You can add your hashrate, power consumption and power cost and see how profitable it is to mine Bitcoin Gold with your rigs.
Check it out here: https://www.wheretomine.io/coins/bitcoin-gold.html
WhereToMine is a mining profit calculator and pool explorer that helps cryptocurrency miners view the most profitable coins and the best pools.

/r/Monero Weekly Discussion – September 19, 2020 - Use this thread for general chatter, basic questions, and if you're new to Monero

There are multiple Monero wallets for a wide range of devices at your disposal. Check the table below for details and download links. Attention: for extra security make sure to calculate and compare the checksum of your downloaded files when possible.
Please note the following usage of the labels:
⚠️ - Relatively new and/or beta. Use wallet with caution.
☢️ - Closed source.

How long does it take for my balance to unlock?

Your balance is unlocked after 10 confirmations (which means 10 mined blocks). A block is mined approximately every two minutes on the Monero network, so that would be around 20 minutes.


How can I prove that I sent a payment?

The fastest and most direct way is by using the ExploreMonero blockchain explorer. You will need to recover the transaction key from your wallet (complete guide for GUI / CLI).

There are dozens of exchanges that trade Monero against Bitcoin and other cryptocurrencies. Check out the list on CoinMarketCap and choose the option that suits you best.


How do I buy Monero (XMR) with fiat?

How can I quickly exchange my Monero (XMR) for Bitcoin (BTC)?

There are multiple ways to exchange your Monero for Bitcoin, but first of all, I'd like to remind you that if you really want to do your part for Monero, one of the simplest ways is to get in touch with your merchant/service provider and request for it to accept Monero directly as payment. Ask the service provider to visit the official website and our communication channels if he or she needs help with system integration.
That being said, the community has been recommending two services in particular, XMR.TO and MorphToken. These services are only recommendations and are operated by entities outside the control of the Monero Project. Be diligent.


How do I mine Monero? And other mining questions.

The correct place to ask questions and discuss the Monero mining scene is in the dedicated subreddit MoneroMining. That being said, you can find a list of pools and available mining software in the GetMonero.org website.

Why I can't see my balance? Where is my XMR?

Before any action there are two things to check:
Because Monero is different from Bitcoin, wallet synchronization is not instant. The software needs to synchronize the blockchain and use your private keys to identify your transactions. Check in the lower left corner (GUI) if the wallet is synchronized.
You can't send transactions and your balance might be wrong or unavailable if the wallet is not synced with the network. So please wait.
If this is not a sufficient answer for your case and you're looking for more information, please see this answer on StackExchange.


How do I upgrade my wallet to the newest version?

This question is beautifully answered on StackExchange.


Why does it take so long to sync the wallet [for the first time]?

You have decided to use Monero's wallet and run a local node. Congratulations! You have chosen the safest and most secure option for your privacy, but unfortunately this has an initial cost. The first reason for the slowness is that you will need to download the entire blockchain, which is considerably heavy (+70 GB) and constantly growing. There are technologies being implemented in Monero to slow this growth, however it is inevitable to make this initial download to run a full node. Consider syncing to a device that has an SSD instead of an HDD, as this greatly impacts the speed of synchronization.
Now that the blockchain is on your computer, the next time you run the wallet you only need to download new blocks, which should take seconds or minutes (depending on how often you use the wallet).


I don't want to download the blockchain, how can I skip that?


How do I restore my wallet from the mnemonic seed or from the keys?

How do I generate a Ledger Monero Wallet with the GUI or CLI?

How can my local node become a public remote node?

If you want to support other Monero users by making your node public, you can follow the instructions on MoneroWorld, under the section "How To Include Your Node On Moneroworld".


How can I connect my node via Tor?

This question is beautifully answered on StackExchange.

https://github.com/gridcoin-community/Gridcoin-Research/releases/tag/5.0.0.0
Finally! After over ten months of development and testing, "Fern" has arrived! This is a whopper. 240 pull requests merged. Essentially a complete rewrite that was started with the scraper (the "neural net" rewrite) in "Denise" has now been completed. Practically the ENTIRE Gridcoin specific codebase resting on top of the vanilla Bitcoin/Peercoin/Blackcoin vanilla PoS code has been rewritten. This removes the team requirement at last (see below), although there are many other important improvements besides that.
Fern was a monumental undertaking. We had to encode all of the old rules active for the v10 block protocol in new code and ensure that the new code was 100% compatible. This had to be done in such a way as to clear out all of the old spaghetti and ring-fence it with tightly controlled class implementations. We then wrote an entirely new, simplified ruleset for research rewards and reengineered contracts (which includes beacon management, polls, and voting) using properly classed code. The fundamentals of Gridcoin with this release are now on a very sound and maintainable footing, and the developers believe the codebase as updated here will serve as the fundamental basis for Gridcoin's future roadmap.
We have been testing this for MONTHS on testnet in various stages. The v10 (legacy) compatibility code has been running on testnet continuously as it was developed to ensure compatibility with existing nodes. During the last few months, we have done two private testnet forks and then the full public testnet testing for v11 code (the new protocol which is what Fern implements). The developers have also been running non-staking "sentinel" nodes on mainnet with this code to verify that the consensus rules are problem-free for the legacy compatibility code on the broader mainnet. We believe this amount of testing is going to result in a smooth rollout.
Given the amount of changes in Fern, I am presenting TWO changelogs below. One is high level, which summarizes the most significant changes in the protocol. The second changelog is the detailed one in the usual format, and gives you an inkling of the size of this release.

Note that the protocol changes will not become active until we cross the hard-fork transition height to v11, which has been set at 2053000. Given current average block spacing, this should happen around October 4, about one month from now.
Note that to get all of the beacons in the network on the new protocol, we are requiring ALL beacons to be validated. A two week (14 day) grace period is provided by the code, starting at the time of the transition height, for people currently holding a beacon to validate the beacon and prevent it from expiring. That means that EVERY CRUNCHER must advertise and validate their beacon AFTER the v11 transition (around Oct 4th) and BEFORE October 18th (or more precisely, 14 days from the actual date of the v11 transition). If you do not advertise and validate your beacon by this time, your beacon will expire and you will stop earning research rewards until you advertise and validate a new beacon. This process has been made much easier by a brand new beacon "wizard" that helps manage beacon advertisements and renewals. Once a beacon has been validated and is a v11 protocol beacon, the normal 180 day expiration rules apply. Note, however, that the 180 day expiration on research rewards has been removed with the Fern update. This means that while your beacon might expire after 180 days, your earned research rewards will be retained and can be claimed by advertising a beacon with the same CPID and going through the validation process again. In other words, you do not lose any earned research rewards if you do not stake a block within 180 days and keep your beacon up-to-date.
The transition height is also when the team requirement will be relaxed for the network.

Besides the beacon wizard, there are a number of improvements to the GUI, including new UI transaction types (and icons) for staking the superblock, sidestake sends, beacon advertisement, voting, poll creation, and transactions with a message. The main screen has been revamped with a better summary section, and better status icons. Several changes under the hood have improved GUI performance. And finally, the diagnostics have been revamped.

The wallet sync speed has been DRASTICALLY improved. A decent machine with a good network connection should be able to sync the entire mainnet blockchain in less than 4 hours. A fast machine with a really fast network connection and a good SSD can do it in about 2.5 hours. One of our goals was to reduce or eliminate the reliance on snapshots for mainnet, and I think we have accomplished that goal with the new sync speed. We have also streamlined the in-memory structures for the blockchain which shaves some memory use.
There are so many goodies here it is hard to summarize them all.
I would like to thank all of the contributors to this release, but especially thank @cyrossignol, whose incredible contributions formed the backbone of this release. I would also like to pay special thanks to @barton2526, @caraka, and @Quezacoatl1, who tirelessly helped during the testing and polishing phase on testnet with testing and repeated builds for all architectures.
The developers are proud to present this release to the community and we believe this represents the starting point for a true renaissance for Gridcoin!

Most significantly, nodes calculate research rewards directly from the magnitudes in EACH superblock between stakes instead of using a two- or three- point average based on a CPID's current magnitude and the magnitude for the CPID when it last staked. For those long-timers in the community, this has been referred to as "Superblock Windows," and was first done in proof-of-concept form by @denravonska.